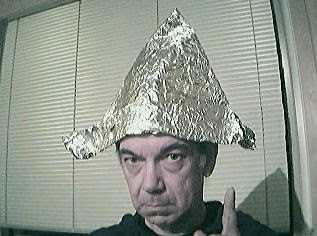 Leading climate scientist James Hansen spoke on June 23rd at the National Press Club and at a Briefing to the House Select Committee on Energy Independence & Global Warming.

He had little new to say on anything within his area of expertise as a climate scientist. On global warming he repeated the alarmism he’s noted for, exaggerating already exaggerated levels of "certainty". Then there are the floods, droughts, forest fires, melting Greenland ice sheet, extinction of animal and plant species, yada, yada, blah, blah:

...a wide gap has developed between what is understood about global warming by the relevant scientific community and what is known by policymakers and the public.

The "relevant scientific community"? That would be those that agreed with him - the well known ‘consensus’.

...frank assessment of scientific data yields conclusions that are shocking to the body politic. Now, as then, I can assert that these conclusions have a certainty exceeding 99 percent.

Right, "a certainty exceeding 99 percent". And the scientific basis for this would be? There is none. Also his freshly exaggerated "certainty" greatly exceeds the already dubious 90% certainty claimed by the IPCC in its recent Fourth Assessment Report.
Everything else he said was in the realm of politics or musings on the edges of economics. For example:
Hansen the raging demagogue:

CEOs of fossil energy companies know what they are doing and are aware of long-term consequences of continued business as usual. In my opinion, these CEOs should be tried for high crimes against humanity and nature.

Yes, a carbon tax. Carbon tax with100 percent dividend is needed to wean us off fossil fuel addiction. Tax and dividend allows the marketplace, not politicians, to make investment decisions.

Maybe it’s time to bring back an old use for oil. Just like they did in Boston back 1774, a citizens ‘committee’ of regular Americans should gather at Hansen’s next speaking event and treat him to a good old public tarring and feathering.
[via]
Update: Terence Corcoran
Posted by JR at 12:21 AM

if these CEO's are guilty of high crimes against humanity and nature then logically anyone who uses any of their products should also be. That would include pretty much everyone on Earth, including Hanson

True. And no doubt Hansen, right after his speech, jumped aboard a commercial jet to speed off to his next righteous speaking engagement.