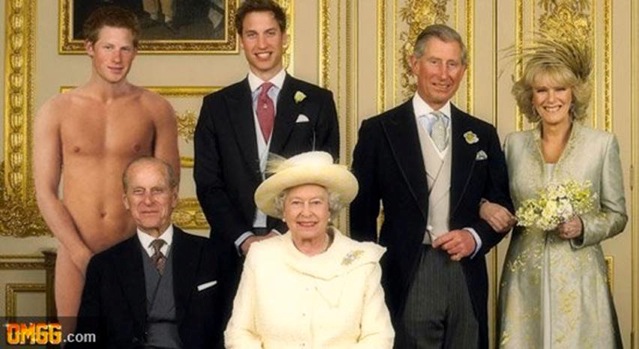 America, "Home of the Wimp"

Dennis Prager on the cancellation of day one of the GOP Convention:


Whoever decided to cancel one-fourth of the convention two days before it started should appear publicly and offer a rational defense of this decision. But I doubt they will. Because there is no rational explanation.

This is no Monday-morning quarterbacking. I said this decision was indefensible when it was first taken.


... The symbolism is wretched: Digging America out of its multi-trillion-dollar hole requires boldness and bravery, not a compliant safety-first mentality that shuts down the town on the first drop of rain. ...

Make It Go Away:


Equalization makes us poorer, encourages bad policy and fosters bitterness. Unfortunately we can’t just take it out behind the barn and kill it with an axe. ...

Not to mention that it's fraudulent:


Satirist P.J. O’Rourke says, “Beyond a certain point complexity is fraud … when someone creates a system in which you can’t tell whether or not you’re being fooled, you’re being fooled.” So take Canada’s multi-billion-dollar equalization program … please. It’s so complicated even experts have trouble with it, and regular citizens are excluded completely.

This much complexity is fraud, plain and simple.

The appalling arrogance of climate alarmists

From Václav Klaus' speech at the International Seminar on Planetary Emergencies, organized by the World Federation of Scientists in Erice, Sicily on 20 August 2012:


The real problem is not climate or global warming, but the Global Warming Doctrine and its consequences.

This doctrine, as a set of beliefs, is an ideology, if not a religion.[2] It lives independently on the science of climatology. Its disputes are not about temperature, but are part of the “conflict of ideologies”. Temperature is used and misused in these disputes. The politicians, the media and the public – misled by the very aggressive propaganda produced by the adherents of the global warming doctrine  – do not see this.

... As someone who personally experienced central planning and attempts to organize the whole of society from one place, I feel obliged to warn against the arguments and ambitions of the believers in the global warming doctrine. Their arguments and ambitions are very similar to those we used to live with decades ago under Communism. The arrogance with which the global-warming alarmists and their fellow-travellers in politics and the media present their views is appalling. They want to suppress the market, they want to control the whole of society ...


Bank of Canada governor Mark Carney must be congratulated for delivering an unwelcome message to the CAW. ... But then he had to spoil it. Perhaps he thought that since he was delivering inconvenient truths to labour, he should also do a bit of corporate bashing.

Mr. Carney suggested ... Canadian corporations were holding too much cash and failing to diversify into emerging markets. He opined that high cash holdings might be due to companies not knowing what to do with their profits, but being reluctant to return them to shareholders.  ...

... Attacking corporations is always appealing from a populist perspective, but it is also dangerous. It could easily feed into the notion that the Conservatives’ commendable reductions in corporate taxes have merely led to boosted profits being “socked away.” ...

... It was good to see so many prominent and successful Canadian companies — from Open Text to Suncor — prepared to put their head above the parapet and dare to tell Mr. Carney, subtly, that he should stick to his knitting.

Liberals were found guilty yesterday of violating telecommunications regulations in making misleading Robocalls in Guelph during the last federal election.  Ezra has some fun:

There’s nothing liberal about compelling liberalism:


At just about any social gathering, a dimwit is sure to explain that free speech isn’t absolute. There are limits. Chances are he’ll tell you about a person yelling “fire!” in a crowded movie theatre, then look at you as smug as a parrot, expecting a treat for having figured things out. I usually resist asking “Polly wants a cracker?” but it’s an effort.

Thanks again, George.
Posted by JR at 1:11 PM No comments:

An excerpt from "The Locavore's Dilemma" by Pierre Desrochers and Hiroko Shimizu in today's Post will be sure to set the 'eat local' crowd's hair on fire:


... Had resistance to innovation and change been more significant in the last two centuries, real income, life expectancy and food consumption would undoubtedly be much lower than they currently are, while infant mortality, food prices and hours worked, among other things, would have been much higher. Stagnation is fundamentally incompatible with any meaningful notion of sustainable development.

... we contend that modern practices are but the latest in a long line of innovations, the ultimate goal of which has always been to increase the accessibility, quality, reliability and affordability of humanity’s food supply. And if we may be so blunt, how many activists still use locally manufactured electric typewriters and copper-wired rotary-dial phones to spread their message and set up “grassroots” links between food consumers and producers.

... We have attempted to look beyond the anti-corporate, romantic and protectionist underpinnings of locavorism and to illustrate the rationale behind improvements in food production, processing and transportation technologies, along with the benefits of an ever broader division of agricultural labor.

... The available historical evidence tells us that locavorism, far from being a step forward, can only deliver the world our ancestors gladly escaped from and which subsistence farmers mired in similar circumstances around the world would also escape if given opportunities to trade. It would not only mean lower standards of living and shorter life expectancy, but also increased environmental damage and social turmoil.

Apple - the largest company in history

Apple's market cap today hit $624 billion, the highest in the world, ever.  For comparison:

Matt Ridley's essay in Wired surveys the spectacularly failed 'Horsemen of the Apocalypse' of the past fifty years:


... the promised Armageddons—the thresholds that cannot be uncrossed, the tipping points that cannot be untipped, the existential threats to Life as We Know It—have consistently failed to materialize. To see the full depth of our apocaholism, and to understand why we keep getting it so wrong, we need to consult the past 50 years of history.

Good read. In the not too distant future we'll surely see catastrophic "climate change" added to the list of spectacularly flopped 'predictions'.


The Canadian Medical Association ... is currently holding a General Council meeting in Yellowknife. The doctors decided to raise the issue of abortion and their fear that a motion by Conservative MP Stephen Woodworth might spell the end of abortion.

Two of the dimwits:


Montreal physician Dr. Genevieve Desbiens ... “This attempt to modify the definition of a human being could legally recognize the fetus, which would give the fetus rights. This constitutes a recriminalization, not only of abortion, but any form of contraception.”

Dr. Carole Williams, of Victoria, said the private member’s motion “is a back-door way for government to reopen Roe versus Wade,” the 1973 decision that legalized abortion in the United States.

Obama's payback for sucking up to Vladimir Putin

Russian nuke subs in his backyard:


A Russian nuclear-powered attack submarine armed with long-range cruise missiles operated undetected in the Gulf of Mexico for several weeks ...

... The stealth underwater incursion in the Gulf took place at the same time Russian strategic bombers made incursions into restricted U.S. airspace near Alaska and California in June and July ...

... the vessel was a nuclear-powered Akula-class attack submarine, one of Russia’s quietest submarines. ...

“The Akula was built for one reason and one reason only: To kill U.S. Navy ballistic missile submarines and their crews,” said a second U.S. official.

... Instead of closer ties, Russia under President Vladimir Putin, an ex-KGB intelligence officer who has said he wants to restore elements of Russia’s Soviet communist past, has adopted growing hardline policies against the United States. ...

George Jonas:  Don’t ban the nuclear bomb, or else…


... A press release this week called it “fitting” that the anniversary of Hiroshima, Aug. 6th, should also be the day for the 600th Member of the Order of Canada to sign an appeal to the government “to join in an international effort to eliminate nuclear weapons.”... [Which speaks poorly of the quality of Order of Canada recipients.]

If the "ban-the-bomb" crowd of naifs got their way the world would be much more dangerous:


The result of nations agreeing to abide by such a ban would be no nuclear weapons in the hands of any nation except North Korea. [and soon, Iran]

That's dumber than the "ban guns" idea in the sense that at least gun-ban proposals allow for good-guy law-enforcement to carry guns.  In a "nuke-free" world only certifiable lunatics would have nukes.
Posted by JR at 4:59 PM 4 comments:

Peter Foster - The joy of competition:

... During the Beijing Olympics four years ago, Mr. Kay bemoaned sport as a source of conflict. He quoted George Orwell’s claim that sport is “bound up with hatred, jealousy, boastfulness, disregard of all rules and sadistic pleasure in witnessing violence: in other words it is war minus the shooting.” ...

The earth is resilient.  Who knew?

Update:  Must see video: for everything known to date about CO2 and climate check out Professor Murry Salby's presentation to the Sydney Institute [via the comments at the above link].

You didn't choose that!!

The Universe made you choose it!  That's what Sam Harris argues in his new book 'Free Will', excerpted in yesterday's National Post.  Harris believes that we don't make choices freely, but that we are compelled by our genetic makeup and our environment to make the choices we do - that free will is an illusion.

It must be a progressive thing.  It sounds an awful lot like Barack Obama's recent declaration to Americans: "You didn't build that!!"

Anyway, I don't buy it.  I like Raymond Smullyan's approach to the problem in "Is God a Taoist?", a dialogue between God and a mortal which opens with:


Mortal:
And therefore, O God, I pray thee, if thou hast one ounce of mercy for this thy suffering creature, absolve me of having to have free will!

God:
You reject the greatest gift I have given thee?

Mortal:
You said a short while ago that our whole discussion was based on a monstrous fallacy. You still have not told me what this fallacy is.

God:
Why, the idea that I could possibly have created you without free will! You acted as if this were a genuine possibility, and wondered why I did not choose it! It never occurred to you that a sentient being without free will is no more conceivable than a physical object which exerts no gravitational attraction. (There is, incidentally, more analogy than you realize between a physical object exerting gravitational attraction and a sentient being exerting free will!) Can you honestly even imagine a conscious being without free will? What on earth could it be like? I think that one thing in your life that has so misled you is your having been told that I gave man the gift of free will. As if I first created man, and then as an afterthought endowed him with the extra property of free will. Maybe you think I have some sort of "paint brush" with which I daub some creatures with free will and not others. No, free will is not an "extra"; it is part and parcel of the very essence of consciousness. A conscious being without free will is simply a metaphysical absurdity.
..
..