Voted off the island

This is my last post from Victoria. We voted ourselves off the island.
Posted by JR at 2:53 PM 4 comments:

Gulf disaster - “Whose Blowout Is It, Anyway?”

Here’s my question: Why are we drilling in 5,000 feet of water in the first place?

Many reasons, but this one goes unmentioned: Environmental chic has driven us out there. As production from the shallower Gulf of Mexico wells declines, we go deep (1,000 feet and more) and ultra deep (5,000 feet and more), in part because environmentalists have succeeded in rendering the Pacific and nearly all the Atlantic coast off-limits to oil production. (President Obama's tentative, selective opening of some Atlantic and offshore Alaska sites is now dead.) And of course, in the safest of all places, on land, weve had a 30-year ban on drilling in the Arctic National Wildlife Refuge.

So we go deep, ultra deep -- to such a technological frontier that no precedent exists for the April 20 blowout in the Gulf of Mexico.

Not that the environmentalists are the only ones to blame. Not by far. But it is odd that they’ve escaped any mention at all.

... Obama didn't help much with his finger-pointing Rose Garden speech in which he denounced finger-pointing, then proceeded to blame everyone but himself. Even the grace note of admitting some federal responsibility turned sour when he reflexively added that these problems have been going on for a decade or more -- translation: Bush did it ...

Michelle's nod to Birthers (45 seconds in):

... the bad news is that global cooling is even more harmful to humans than global warming and a cause for even greater concern because:

1. A recent study showed that twice as many people are killed by extreme cold than by extreme heat.
2. Global cooling will have an adverse effect on food production because of shorter growing seasons, cooler growing seasons, and bad weather during harvest seasons. This is already happening in the Midwestern U.S., China, India, and other places in the world. Hardest hit will be third world countries where millions are already near starvation levels.
3. Increase in per capita energy demands, especially for heating.
4. Decrease in the ability to cope with problems related to the population explosion. World population is projected to reach more than 9 billion by 2050, an increase of 50%. This means a substantial increase in demand for food and energy at a time when both are decreasing because of the cooling climate.

... The possibility of temperatures dropping to the level of the Dalton Minimum is suggested by the recent passing of the sun from a solar grand maximum to a solar grand minimum similar to that of the Dalton Minimum. The unusually long sun spot cycle 23 and the solar magnetic index suggest that a solar minimum similar to the Dalton is very possible. A fourth possibility is that we may be approaching another Maunder type minimum and another Little Ice Age. ...

Maybe soon we can begin to see a retreat from disastrous green policies.

Then again, if you "follow the money", maybe not.

Labels: FOS, global warming, Watts Up With That

Ten-to-one that Posner, like AG Eric Holder and other top Obama officials, hasn't read the Arizona law either.

A suggestion for Arizona.

The Royal Family is Indian

When did you stop beating your wife?

... when it comes to demonization, irrationality, apocalyptic visions and dangerous policies, surely no paranoid fantasy of the Birthers or Truthers ranks with the profound quasi-religious conviction that industrial society threatens life on Earth.

What could be more Biblical than projections of the floods, droughts, hurricanes, starvation and conflict that will come if the sinful materialist world does not repent of its free market harlotry and deliver itself over to those severe moralists who would dictate acceptable levels of human consumption and apportion the world’s resources?

...The Antichrist in the climate change morality play is — yet again — capitalism, which has often been presented by its ideological enemies in demonic, dragon-like form.

... It is ironic indeed that the spiritual yearning to smite selfish demons and rule (or consult for) a centrally-guided sustainable Utopia — despite all the horrendous lessons of history — is embraced by many of the same rationalist intellectuals who sneer at Birthers and Truthers. This claque promotes policies that have failed abysmally in the past, and continues to demand ever more-ambitious global schemes despite the utter collapse of the UN-led Kyoto process at Copenhagen.

President Barack Obama on Friday angrily decried the "ridiculous spectacle" of oil
industry officials pointing fingers of blame for the catastrophic spill in the Gulf of Mexico and pledged to end a "cozy relationship" between the oil industry and federal regulators that he said had extended into his own administration.

Well, at least he admits the oil industry’s links with his administration.

But then again maybe he’s just trying to distract us from his administration’s much bigger and cozier relationship with Goldman Sachs.

Bad news on the climate front

The latest satellite data show low climate sensitivity to increasing CO2. Damn! If this holds up the global warming we've been promised by the AGW hysterics will not materialize. So break out the long johns in preparation for the coming ice age.
Posted by JR at 6:53 PM No comments:

Although he's a Canadian, Steve Nash of Victoria has leaped sneakers first into the contentious immigration bill debate in Arizona.

... [Nash] appeared on ESPN yesterday and lashed out at the new bill that would allow Arizona police to stop and question people on reasonable suspicion of being illegal immigrants into the United States.

... Nash's stance doesn't surprise those who knew him in Victoria and who saw his sense of social justice emerging in school.

... "This league is very multicultural, including myself as a foreigner," he said.

"As a foreigner" Nash should mind his manners and stick his Canuck multi-culti "sense of social justice" where the sun don’t shine.

As for the Times Colonist author of the above story, he should try not to distort the facts. The Arizona law does not "... allow Arizona police to stop and question people on reasonable suspicion of being illegal immigrants ...".

... don't give us this superior, "I'm better than you are," multicultural
garbage ... 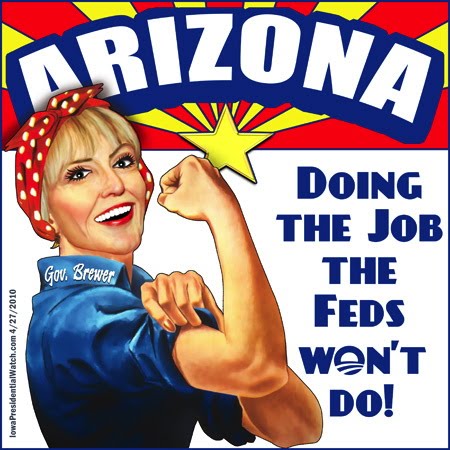