"Naturally the Liberals won’t admit that this thing is meant to pump money into their coffers, so they’ve employed other methods of convincing the public that it’s a good thing."

As usual B.C.'s carbon tax, being the first in North America, is cited by various "experts" (proponents of carbon taxes) to be a fine example of the effectiveness of such taxes in reducing carbon emissions.  This has always struck me as a highly dubious claim for a number reasons:


1. StatsCan multi-year data show no significant differences in the pattern of fossil fuel consumption between BC and provinces without a carbon tax (the other nine).

2. Fuel prices are notoriously inelastic.  Demand is relatively impervious to price changes. People use what they gotta use.

3. BC's carbon tax (2.4 c/L in 2008 - 7.78 c/L in 2018) is utterly swamped by market price fluctuations. So, even ignoring point 2, trying to attribute consumer demand changes to the carbon tax is extremely difficult. From GasBuddy: 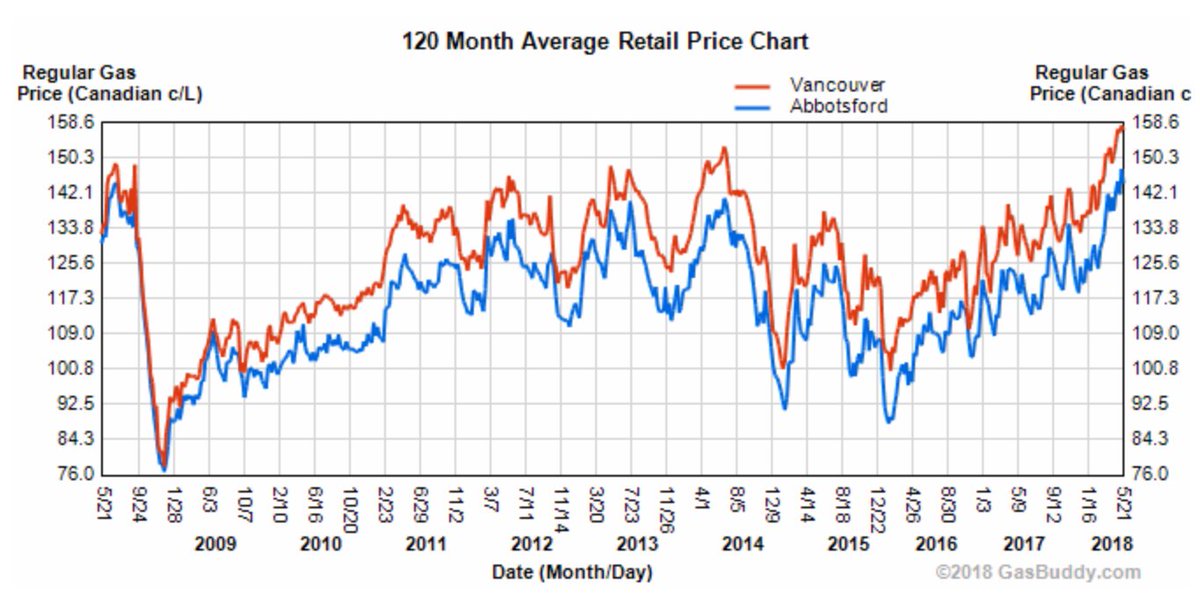 Unless we can get rid of the Trudeau/Butts Liberals we will remain on track to becoming another Venezuela - energy rich but driven into poverty and political chaos by incompetent ideological extremists. Unless the Conservatives under Andrew Scheer can get their act together, and there's little sign they are doing so, WE ARE SCREWED.
Posted by JR at 6:53 PM No comments: