Cancun: Ration the rich, save the world!!

Some hysterical loons at Cancun have called for WWII-style rationing of the rich to combat global warming.

Maybe a better place to start would be shutting down the UN and with it the IPCC and boondoggles like Cancun.
Posted by JR at 6:36 PM No comments:

Kathy Shaidle at FFoF reminds us of an event to raise funds for hubby BCF's legal defense (donate) against a lawsuit from Richard Warman.  As a reminder she points to a segment of Mark Steyn's and Ezra Levant's testimony before the Parliamnetary Standing Committee on Justice and "Human Rights" on the subject of  abolishing Section 13 of the HRA.

I wound up watching the whole thing, again.  Part 1:

Ezra and Mark were brilliant! The Committee, not so much.  You can see why little of any real value gets done in that place.  A year later, where are we with this?
Posted by JR at 5:38 PM 2 comments:

... In a new report released Thursday, the [CD Howe Institute] says there is no excuse for Ottawa’s foot-dragging on pricing carbon.

... Mark Jaccard, a Simon Fraser University professor who co-wrote the report, said it is time Ottawa set out its carbon-reduction policies.

... Mr. Jaccard, who advised the British Columbia government on the implementation of its carbon tax [said]:


... the longer the government waits to clarify the carbon-pricing rules, the more difficult it will be for Canada to meet any targets ... [and!?]

Here's a thought - since the Republicans won the House the USA won't be taxing carbon anytime soon, Europe is going bust and cutting climate policy nonsense, China and India are growing their economies (emissions) and, hardly least, since AGW is a non-problem - let's not be global Boy Scouts!!

For Newfs, like Rex Murphy, he's a great Newfoundlander, but for the rest of us, like Kelly McParland and Peter Foster, he's a lousy Canadian and "bully boy" shakedown artist.
Posted by JR at 1:15 PM 2 comments:

Copenhagen was a bust, Cancún is headed the same way:

The two-week  2010 United Nations  Climate Change Conference  starts next week in Cancún, Mexico, without much hope of any real success  with some commentators even saying that the climate change scare is dying.

"... The global consensus that at one point a year of so ago seemed unstoppable, that man can influence the fact of, or the speed of climate change and agreement on how to go about the task, seems to be disintegrating.”

... what started as a program with a goal of weaning the province off coal power while rebuilding Ontario's floundering manufacturing sector has quickly become a muddled mess.

... has sparked a World Trade Organization challenge from abroad and a political battlefield here at home as Ontario enters an election year.

... mounting outrage over bills that are set to rise 46% over the same period anyway -- a big chunk of which is to pay for the green conversion.

... the Opposition Progressive Conservative Party in Ontario has vowed to scrap the program if elected next October.

Meanwhile, the Czech Republic is putting the brakes on solar energy:


... A change in the law with radical implications for solar energy investors is stirring controversy in the Czech Republic.  While the world is trying to increase the share of renewable energy, the Czech Republic is increasingly concerned about renewable energy, especially with regards expensive solar power. A solar boom has raised fears that electricity prices could explode and networks could become unstable.

... President Vaclav Klaus makes no secret of his support for the new law: "Everyone knows that we all are going to pay for decades for the nonsense to promote photovoltaics." The opposition is largely supportive of the government’s action ...

And, Spain's solar power sector falls into the abyss:

The Spanish government has launched a new regulatory framework that will result in subsidized tariffs for ground-mounted solar energy projects drop 45% this year ...

... [Proving that the Spanish are moving in the right direction] - Greenpeace is highly critical of the government.

Is the McGuinty government paying attention?  Who knows, but let's hope Ontario voters are.

Resolved: Israel is a rogue state

Here's someone who really knows how to shatter the opposition in a debate.

...“the most brilliantly audacious defence of Israel since Moses parted the Red Sea.”

The decline of freedom in Eurabia

Truth and lies about Palestine

Terry Glavin exposes it all. First ...

It would probably come as a surprise to most people to learn that Canada deserves credit for being one of the world’s leading financial contributors to the cause of Palestinian freedom and a functioning Palestinian state. You’d never know it from reading the newspapers or all the posters on campus, but the sinister Zionist bogeyman otherwise known as Prime Minister Stephen Harper appears to have arranged for more money and aid to find its way to the oppressed and downtrodden people of Gaza than all the George Galloway fundraisers, “Viva Palestina” crusades and Gaza Flotilla spectacles combined, by several orders of magnitude.

The truth is that you don’t have to give bags of money to Hamas to provide humanitarian relief to the people of Gaza.  ... Hamas is not the elected government of Gaza, and it is not true that humanitarian agencies have to give over to Hamas in order to operate in Gaza. ... ...You will also want to ignore the fact that Hamas then led a putsch that smothered Palestinian democracy in its crad[l]e by seizing Gaza and turning it into a statelet sponsored mainly by the Khomeinist police-state run from Tehran. Ignore as well ... [a] poll undertaken last month which shows that Hamas enjoys the support of 12.8 per cent of the people of Gaza 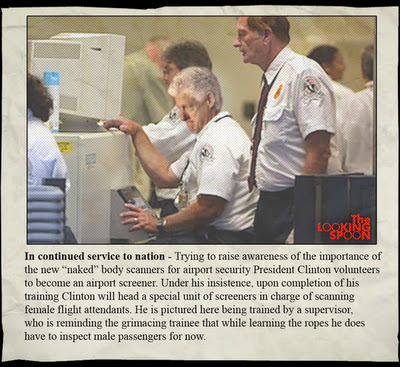 Cancun "climate" boondoggle - it's all about wealth redistribution

Climate policy has almost nothing to do anymore with environmental protection, says the German economist and IPCC official Ottmar Edenhofer. The next world climate summit in Cancun is actually an economy summit during which the distribution of the world's resources will be negotiated.

... The climate summit in Cancun at the end of the month is not a climate conference, but one of the largest economic conferences since the Second World War.

No surprise here. It’s what the whole “climate change” scam has been about from the beginning - “social justice”.


The defeat by unelected senators of the bill known as the Climate Change Accountability Act, which was introduced in the House by New Democrat MP Bruce Hyer, prompted cries of indignation from NDP Leader Jack Layton and the Liberals who sponsored it in the Senate.

... Mr. Harper replied that his Conservative Party has been consistent in its opposition to Bill C-311, which, he said, was a “completely irresponsible” piece of legislation.

“It sets irresponsible targets, does not lay out any measure of achieving them, other than by shutting down sections of the Canadian economy and throwing hundreds of thousands and possibly millions of people out of work,” Mr. Harper said....


There may be a Tory justification for blocking the sale of Potash Corp ...

... There may be a Conservative justification for blocking the sale. ... with the Premier going Danny Williams about the takeover, blocking it may have been politically expedient.

... But there is no conservative case for blocking the sale, despite the best efforts of Adam Daifallah and Dov Zigler to invent one ...

... As so often, principle lost out to politics. But let’s not compound the error by pretending conservatism had anything to do with it.

Right on, Mr. Watson! Politicians, unfortunately, often resort to lying, obfuscation and hypocrisy to avoid or combat attacks from the opposition. It would have been better, if the Conservatives couldn't stick to free market principles, had they at least been able to admit they were selectively compromising them to chase votes in Saskatchewan (ahem, I mean "honouring the preferences of the great people of Saskatchewan", or something). It would be more honest and then supposedly conservative commentators wouldn't feel they had to twist themselves into pretzels trying to justify an unconservative position.
Posted by JR at 5:45 PM No comments:

Ie. NEP on stilts, all predicated on "climate change". Gaakkk!


... What we have here is further evidence of the CEO2 crisis, the fact that the Canadian corporate community has folded en masse before the quite possibly bogus threat of catastrophic man-made climate change....

... The problem is that we are talking about the Road to Serfdom, Friedrich Hayek’s magnificent metaphor for state planning....

...when you realize the CCCE’s supine stance toward climate activism and its fatalism about bad policy — not only does this new report fail to reflect the crumbling politics of climate change, it fails to record the bubbling controversy over the science. No mention of Climategate here.

According to the CCCE, Canada would be better off with one grand, co-ordinated bad policy rather than lots of disjointed ones. ...

... This whole document is a refutation of Prof. Hayek’s insight that the key to successful markets and prosperity is the dispersion of decision-making to those with the knowledge and ideas. Such people can’t be expected to turn up at endless wonkish town hall meetings to justify themselves and explain how their efforts fit into The Plan. But that’s the idea. Only activists ever turn up for “dialogues.” Meanwhile the whole “sustainable” thrust represents just the latest and most virulent political attack on freedom. You might expect that the CCCE would have something good to say about free markets. You'd be wrong....

SDA posts a clanger on Potash

It's a rarity but small dead animals posted a clanger congratulating Industry Minister Tony Clements' on his decision to kibosh the BHP bid to take over Potash Corp.

Let's face it, this is all about politics - votes, pure and simple.  Wall is pandering to Sask voter socialist/nationalist sentiment and Harper is afraid of losing 13 Conservative seats.  It's embarassing watching conservatives attempting to rationalize it as something more

Peter Foster observes how Tory Agriculture Minister, Gerry Ritz (like sda and others) twists himself into a ridiculous pretzel trying to defend the decision, concluding:

... This is a bad deal for Saskatchewan and a bad deal for Canada. Potash shares have been robbed of any takeover premium since they have effectively been declared off limits to foreign buyers. Investment Canada rules now appear more opaque — or irrelevant — than ever. As usual, the most significant losses will be the invisible ones: the investments not made, the jobs not created.

One knowledgeable observer to whom I spoke yesterday said that it was difficult to get worked up over the notion of Canada as a banana republic because other jurisdictions do similar things. But the fact that other countries practice destructive economic policies to court populist electorates and mercantilist executives should hardly be a source of comfort. Mr. Harper understands that. Within 30 days his government is going to have to pretend that it doesn’t.

Danny Williams must be smiling.
Posted by JR at 12:39 PM 2 comments:

Bill Maher, rancid leftist, channeling Mark Steyn?
Nah - he's just been following ABC News.
Whatever. You know what they say about stopped clocks.
Posted by JR at 11:15 AM 3 comments: