Watts Up With That:

U of T debate: Free speech and Bill C-16

Christie Blatchford's summary of the event began: "My God, if that thing at the University of Toronto on Saturday was a debate about free speech, then the battle is already well and truly lost. 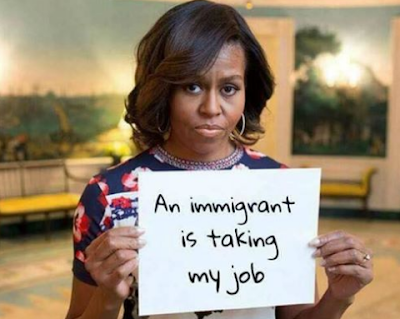 Well, Michelle, at least she's a legal immigrant.  But, come to think of it, if she were a Mexican border jumper you'd probably be smiling.

The left's lies about Stephen Bannon

Stefan Molyneux thoroughly de-bunks leftist smears against Steve Bannon.  He discusses the left's smear tactics, the hypocrisy, anti-semitism, racism and cowardice in their rhetoric about "white" nationalism.  Molyneux also concludes that the left's claims to champion diversity are phony; the left is not pro-diversity, they are only "pro-all-groups-who-vote-for-the-left" - it's why, for example, they support open borders - for votes. If they thought that poor Mexican border jumpers would vote Republican instead of (overwhelmingly) Democrat, they'd be clamouring for a giant wall - diversity be damned.

Sad news: "Canadian poet and singer-songwriter Leonard Cohen has died at the age of 82." 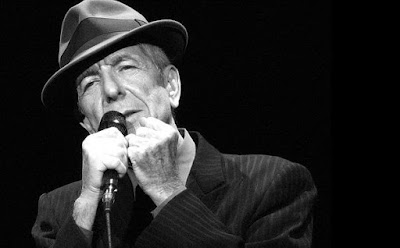 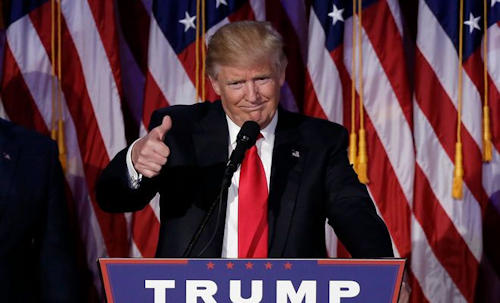 At last count he had 288 electoral votes, a solid win.

In this powerful one hour interview, Jordan Peterson lets us know what makes him tick - his philosophy of life, why he is risking his job to take up the fight against and defeat the scourges of political correctness and "social justice" ideology infecting Western society, and what we can do to help:

A teaser:
Prof Peterson identifies The PC Algorithm aka The Game of Political Correctness used by social justice warriors:


1. Identify some domain of human endeavour
2. Note that some people are doing comparatively well and others poorly
3. Define the people doing well as perpetrators
4. Define those doing poorly as victims
5. Announce your support for the victims
6. Trumpet your moral superiority
7. Vent your resentment and hatred on the conveniently identified perpetrators
8. Repeat, forever.

"This requires no thought.  You can teach a university student this in about two hours and indoctrinate them into doing it professionally.  Our recent research indicates that one politically correct course is enough to significantly affect someone's political beliefs."


... There are more and more areas of debate in which the authorities take the view that "there is only one correct answer". A free people should be free to argue, whether they take the right side or the wrong side of the question. But, as I always say (he says wearily), when you're arguing that only one side is allowed to have a side, you're on the wrong side.

This is just one segment of Gavin's most AWESOME show last Friday which also featured Ann Coulter and Janice Fiamengo.

"We are witnessing a powerfully malevolent force in ascendance" [academic feminism]:


And, in a demonstration of an equally powerful malevolent force working in lock-step with academic feminism:


Janice Fiamengo is being hauled before the Ontario "Social Justice" Tribunal:

The proper name for this "Social Justice" Tribunal process is "tyranny".

Her "trial" begins in six to eight months.  Her legal fees have already been successfully crowd-funded.

Why are there more male scientists and mathematicians?

Well, that seems pretty reasonable.  But maybe the Factual Feminist hasn't caught up with the latest gender theories.  For example, that "there's no such thing as biological sex."

Aussie Senator rebuked for her sexism

So says Professor Jordan (shove your stupid pronouns) Peterson. Plus, a fascinating dissection of pure SJW bullshit.  Professor Peterson is clearly feeling harassed and bullied and won't stand for it:


The original debate in full, on The Agenda with Steve Paikin, is well worth watching.

BC Court of Appeals upholds freedom

In a five to zero decision the BC Court of Appeals upheld the right of graduates of the faith-based Trinity Western University (TWU) Law School to practice law in BC.  In a supposedly free society, this shouldn't come as a surprise; but in this time of rampant political correctness, with basic freedoms frequently coming under attack, it certainly gives cause for celebration.

Thiel spoke yesterday at The National Press Club on why he supports Trump:


... if you ask Hillary Clinton’s campaign operatives they would tell you “Face to Face with the PM” was a great PR scheme they would like to emulate.  In some of the most recent emails dumped by Wikileaks from today, John Podesta (Clinton’s campaign chairman) and other staffers discussed and lauded the public broadcaster’s propaganda program.

... Way to go CBC! You’ve got top political players in the most powerful county in the world following your lead in creating their “staged” propaganda. You should make this a lead story. It’s about you after all, and you helped your idol, Hillary! Also, now would be a good time as ever for you to lend your sophistry to her floundering campaign.